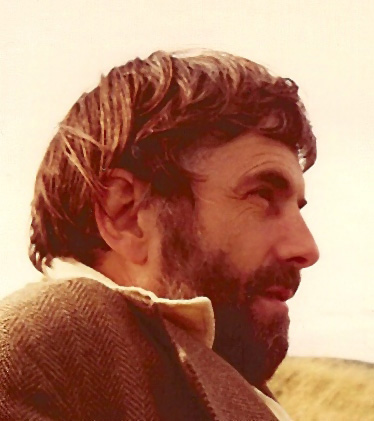 Nigel Collingwood was a pioneer in the UK in the integration of insights from psychotherapy into radical politics. He was a founder of the Connect Network in 1983, and wrote widely, drawing upon his own clinical practice as a counsellor, as well as knowledge of the work of psychotherapists such as Wilhelm Reich, Alexander Lowen, Fritz Perls, and political theorists such as Karl Marx and Bertell Olman. At the time of his death he was working on a book synthesising his work. This website brings together his published writings, as well as other papers distributed at conferences, workshops etc.

Nigel Collingwood was born in 1925, the son of a professor of physiology. He was educated at Epsom College, before entering war service in 1942. He served in the Intelligence Corps translating intercepted Japanese signals.

He was discharged in 1946 and then read Classics at Keble College, Oxford. After graduating he entered the Catholic priesthood, and eventually became RC chaplain to Essex University. It was here that he came into contact with left politics. He also trained in pastoral counselling with the Clinical Theology Association.

He left the priesthood in 1971, and married in the same year. After further training he became a student counsellor at Brunel University; during this time he joined the Socialist Workers Party, and began his work on integrating personal and social change. After he was made redundant from Brunel in 1983 he worked as a counsellor in private practice until diagnosed with cancer in 1992. He died in 1993.